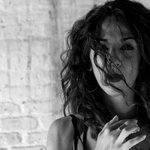 Flamenco was born from the necessity of a population to express itself and in 2010, reached a status that was never thought possible, when it was named as a World Heritage Treasure from UNESCO. I always keep that in mind when giving my classes and interacting with my students.No matter where you come from and what is your history, it is possible to connect and express it through flamenco dancing.

For me, flamenco dance is a form of body language and an integrated part of rhythm, uniting the most varied psychologically motivated elements with the art of movement , and transforming the most spectacular skills into harmony and beauty. That is why my class consists mainly of two parts.First we will warm up and focus on understanding the rhythm and the footwork , as well as the body movement , through technique exercises. This will actually be a great work out as well! In the second part , we will be working and building up a choreography of a specific flamenco style. Through the class ,we will work on our strength ,learn how to play and eventually improvise with flamenco rhythm and music , and as well understand the Andalusian culture that is so deeply connected with this art and gives flamenco dancers this proud and grounded character. From time to time the class will be accompanied by live guitar, in order to be able to experience how the dance interacts with the music in real time.

Either you have no previous experience at all , or you have already had flamenco classes but you want to improve your technique , rhythm ,and body movement and understand more deeply this art,  this class is suitable for you!


This course is over.
Meinungen

I love it! is the second course I take with Claudia because she is an amazing teacher!

Interesting course and can’t wait to join next class