Visual arts Classes, Workshops and Courses
Browse all courses
Anmelden
Log In
Join as a teacher 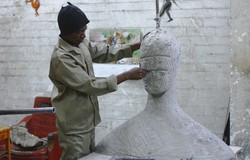 Do you wonder what visual arts classes are like and which one might be a good fit for you? Learn everything about it here.