There's no rule that dancing requires music, but it's a fairly common practice to dance to the rhythm and beats as well as melody of live or recorded music. A Rotterdam dance school class will direct your attention more to steps and body movement.

People can free their minds from getting locked into one favorite genre by exploring dance steps to various other types of music. Learning ballet, tap or a wide variety of contemporary dance styles can expand your tastes beyond art, giving you a broader sense of culture and recreation. Learning different styles of dancing can lead to new relationships and expand your art vocabulary. 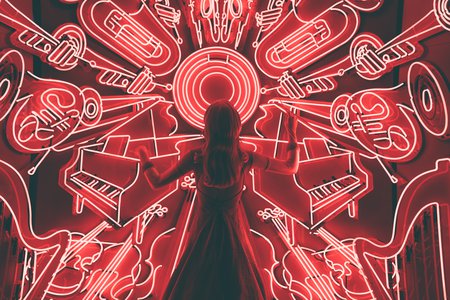 As any experienced dance instructor can tell you, dancing, body movement and rhythm aren't dependent on music and dance. There are actually plenty of examples of dances out there unrelated to any music.

When there is music, dancing often involves moving the body in time with the music. That means learning how to interact with the timing of notes, chords, accented beats and other sounds in a musical production. It's important to understand the fundamental mechanics of timing such as tempo (beats per minute) and time signature (beats per measure and time value of notes). A measure is a musical segment of time that reflects a phrase or collection of notes.

Several dances are defined by time signature, such as disco, which is usually in standard 4/4 time, meaning 4 beats per measure (top number) over the time value of notes (bottom number). A quarter note has one fourth the time value of a whole note (holding a note with continuous sound for four beats), while an eighth note lasts half as long as a quarter note. The mathematical metrics form the logic and structure of a musical piece much like a cake, while the more emotional presentation of music is the frosting. One without the other usually doesn't work in popular music. A 3/4 time signature, which has a 1-2-3 count, makes up the foundation for a waltz, one of the most popular dances in history.

The timing of beats is mirrored by body movements in dancing. Dancing to waltzes can be learned in ballet classes over a diagonal position. A waltz can also reflect a 3/8 time signature, which has a sped up 1-2-3 pulse (twice as fast as 3/4), just like 6/8 is like a faster version of 3/4. Certain beats are emphasized that influence body movement. Various forms of art usually blend mechanics with feeling.

3. Expression of Emotion and Mood

Art is often about a concept as mood and emotion help to trigger responses from the audience and the same can be said of dancing. The emotional side of dancing is what creates mystique. While the mechanical side guides how steps are executed, the emotional qualities through expressions, steps, and gestures are what make dance so captivating. Art is often about vision within the spheres of science, politics, culture or religion.

Many classical ballets that accompany opera music act out unity or divisions within a culture. Symbolic gestures are often key elements that communicate signals that are perceived as cultural or meaningful in some way. A quality dance class can teach you the intended meaning of traditional dance gestures. Even if these symbolic messages are not decoded properly by audience members, they can still be perceived as artistic presentations. Art does not have to be understood to be enjoyed.

A dance class will teach you about the choreographic aspects of a theater presentation with dancing and music. An example of sophisticated choreography is Scapino, a touring theater dance company, in which the vision of founder Hans Snoek was to emphasize "joy, life and colour" along with a moving presentation. The touring group's philosophy values artistic achievement experienced by others.

Enrolling in a dance school in Rotterdam will help you develop your dancing talent. Even awkward people "with two left feet" can learn dancing skills simply through the routine of instruction and practice. Nobody is really born a great dancer, although it's possible to have a natural passion for dancing that learning becomes effortless. This state of effortlessness - or a relaxed focus - is the true secret to achieving greatness at almost anything. But even so, everyone who wants to be great needs to practice or they will be upstaged by those who do it regularly.

Poise and proper posture are very important physical properties to dancing, as well as impulse and energy release. Another important but lesser known physical element of dancing is known as "neural entrainment." This activity happens when musical beats trigger excited neurons in the brain. Yes, dancing is both an art and a science.

For anyone who is still not convinced yet that dance is a form of both ancient and modern art, look no further than the fact that dancing can be seen as a form of literal storytelling, which is universally considered an art. Storytelling can be found in body language and even in more abstract dance styles like modern or contemporary dance.

Hip-hop is clearly poetic dance music that revolves around spoken word stories, just as square dancing follows the steps of a caller (MC) who tells fast-paced stories that include specific dance moves. The story conveyed through dancing can be about anything, including an unclear message that stimulates audience curiosity and interpretation.

Visual creativity is what confirms that dance is an art form. The more creative anything is, the more it is considered some form of art, whether it involves technology, architecture, photography, painting or dancing. This display of expression and movement is fueled by music, which most people agree is art. It's definitely entertainment and a form of cultural reflection. Artship is an innovative marketplace for dance teachers to offer their courses and for art lovers and students to find their favorite courses. Subscribe to our newsletter to stay up to date with new blogs and dance courses.

2. Rhythm on the Brain and Why We Can't Stop Dancing 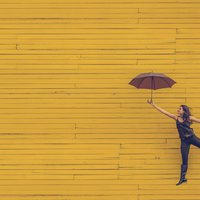 Read all about the seven reasons why taking dance classes helps you to become more creative in life - in Rotterdam or wherever you are in the world.