Blog Dance moves in video games.
Browse all courses
Sign Up
Log In
Join as a teacher 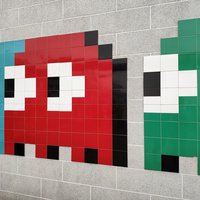 To tell you the truth, when I was asked to write about dance moves in video games, I found it interesting, but I did not know a lot about it. Obviously I know about the video games Dance Dance Revolution and Just Dance, but I was ensured that there is more dancing in games. I started my research at home, where my husband has a few consoles and games. I asked him about dance in any of his games, and I found out that your character in Grand Theft Auto can go to a nightclub and dance. In a Star Wars game, you visit the Cantina where there is music and dancing. And in Mass Effect, a game that I very much enjoyed myself, I do remember that my character Commander Shepard visited the Milky Way’s Neon clubs for some dancing.

After careful use of my search engine, I found out about emotes in online shooter games. I decided to do some more research and focus on three multiplayer shooters and their emotes. I am leaving Dance Dance Revolution and Just Dance for another article, since they are different types of games.

I found a very nice article written by Luke WInkie for pc.gamer.com titled ‘The history of dance emotes in 11 gifs’ in which he writes: “It’s a little funny how much we’ve come to expect dance emotes in modern games. Obviously dance doesn’t top our lists of demands like 4K support or unlocked framerates, but it’s honestly hard to imagine an MMO without diligently programmed jig. It’s a tradition at this point, and one that’s expanded beyond massively multiplayer games to practically everything with avatars and a chat box. It’s just part of the culture, at this point: if you see a Night Elf, you can bet they’ll know the “Billie Jean” dance.”

But what are emotes in video games?

Emotes are short animations of each character that players can perform in-game. They are cosmetic and are unlocked through opening loot boxes or purchasing them with credits. Emotes can be viewed and equipped upon a character.

The Overwatch Wikipedia says: “Each hero can be equipped with up to four different emotes at a time, and each character has one “Heroic” emote available by default. Additionally, all heroes have a sit emote, laugh emote, and a dance emote…”

This online video game was released in 2017 and developed by Epic Games. Fortniteis available in three distinct game mode versions that share the same general gameplay and game engine.

The most populardance moves in the game are from various online viral moments across the internet, music videos, tv and movies. And you could say that the in-game dances are so well-loved because their source material is copied so precisely, making them widely recognizable. Although the game does not refer to the source material directly, and renames the dances with generic nicknames.

Through Fortnite’s popularity many of the game’s dances have been replicated on schools, basketball courts, and football fields. And this may be perhaps the first time video game emotes have gone truly mainstream.

from Fortnite Dance GIFs via Gfycat

Overwatchis a first person shooter and a team-based multiplayer. It is also described as a “hero shooter”. Developed and published on May 24th, 2016 by Blizzard Entertainment. The consoles it was released for are PlayStation 4, Xbox One, and Windows. Overwatchassigns players into two teams of six, with each player selecting from 30 characters, known as “heroes”. Each hero with a unique style.

Like inFortnite, each of thedanceemotes for the heroes of Overwatch are nearly all directly referencing popular dance moves. Ranging from Will Smith from the Fresh Prince of Bell Air to Volton on Robot Chicken. And Blizzard shows how much it respects the essence ofdanceby paying homages to Pulp fiction, Gene Kelly, Friends and more.

But did you know that this isn’t the first time that Blizzard Entertainment implemented iconic dances in one of their games? Blizzard is also the creative studio behind World of Warcraft, a game in which various races all excelled in a set of popular moves from somewhere around the world.

Destiny is developed by Bungie and published by Activision.  It is an online- only, multiplayer, first person shooter video game, and was released worldwide on September 3rd, 2014. It was released for the Playstation 3, Playstation 4, Xbox 360, and Xbox One consoles. Some extra facts, it was the first game in a ten-year agreement between Bungie and Activision. And it marked Bungie’s first new console franchise since the Halo series. The game has elements of role-playing games, is set in a “mythic, science fiction” world and features a multiplayer “shared-world” environment.

Destiny offers permanent emotes and interchangeable emotes. The permanent emotes cannot be swapped out with other emotes. It has two versions, one for each gender and wave and dance have six versions each. The interchangeable Emotes can be swapped with other emotes. And as I scroll through the list, I see the following dance related emotes: Enthusiastic dance, Swing, Energetic Dance, Jazz Hands, Club dance, Instructional Dance, Kicks Dance, Monster Dance, Zombie Dance, Awkward dance, Strange Dance and Duo Dance. Again al lot of moves with references to historical, popular and also viral dance moves.

I had a lot of fun doing research for this article, and realized there is so much more to find out. What  amazed me was the fact that the game developers had chosen so many dance moves from throughout dance history. You could say that players get to know dance moves in a very easy and fun way, and that these moves will live on because of it. I found out that in the USA there are even group classes for kids to learn the moves from a dance teacher. The positive about this is that they get together, connect in real life, have fun and move.

And if gamers get together to dance, so can you. Join us here at Artship for a fun and creative group class. Check out all we have to offer by browsing our fine selection of classes by professional dance teachers. 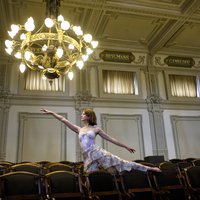 Perform better as an Amateur Dancer - in 4 Steps

How you, as an amateur dancer, can prepare yourself optimally for a dance performance. 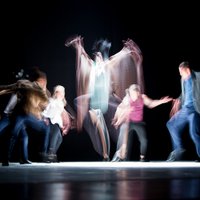 Why it is awesome to dance together

Read this short list consisting of 5 reasons why you should step out of your living room and dance together with others in a group class.

7 Reasons Dance Is a Form of Art