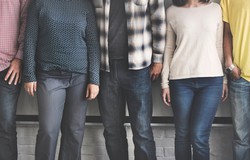 Do you wonder what theater classes are like and which one might be a good fit for you? Learn everything about it here.

Drama is the specific mode of fiction represented in performance: a play performed in a theatre, or on radio or television. Considered as a genre of poetry in general, the dramatic mode has been contrasted with the epic and the lyrical modes ever since Aristotle's Poetics (c. 335 BC)—the earliest work of dramatic theory.

The term "drama" comes from a Greek word meaning "action" (Classical Greek: δρᾶμα, drama), which is derived from "I do" (Classical Greek: δράω, drao). The two masks associated with drama represent the traditional generic division between comedy and tragedy. They are symbols of the ancient Greek Muses, Thalia, and Melpomene. Thalia was the Muse of comedy (the laughing face), while Melpomene was the Muse of tragedy (the weeping face).