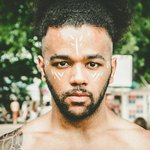 Nasser started dancing when he was 6 years old. His inspiration in Afro-fusion comes from urban backgrounds and also jazz and modern elements, which he learned during his studies in Paris in the academy of Rick Odums where he got introduced to Afro jazz, Horton and many other techniques which makes his Afro-fusion unique in his ways. In this class you will be put to challenge to surpass yourself and also in a very nice atmosphere while being free of all negativity and only good vibes!! So come enjoy with us.

Born in Luxembourg, he started dancing at the age of 6. Just after watching the movie "Breakin", and inspired by the dancer "Boogaloo Shrimp", it is completely self-taught that Luxe begins to train.

He gradually became known in the middle of the battles in Luxembourg and is spotted by participating in the program "Incredible Talents" in 2010. The Roman dance teacher Philippe takes him under his wing and helps him to prepare for enter a vocational training school.

In 2011, Luxe moved to Paris and joined the famous school of "Rick Odums". He learned the basics of classical dance, jazz, African traditional dance's, and contemporary dance and even danced for the "Jeune Ballet Jazz" (JBJ).

It is in this school that he meets the one who becomes his mentor: Dominique Lisette. It is also from him that he receives his nickname "Luxe", in relation to its origins in Luxembourg.

In 2014, he participated in "GC battle" in Luxembourg and stood out with his partner Loic Elice arriving in the semifinals face duets Zack Swagga / Mo Solo and Garryboo / William Thanzo.

The same year, he meets the choreographer Thierry Verger, who teaches him his "modal" technique and integrates it in his piece "Kun" that Luxe interprets at "Arènes de la Danse".

Through hard training with dancers such as Walkman, Squale, Luffy, Spider, and Ydhem, Nasser progresses and finally integrates the Soul Society in 2016.

Shortly after, he moved to Rotterdam where he focused on his career as a dancer. He joined the companies Neva, DB, and Amenti Collective also continues to train with dancers such as Hassani, Paradox, Wesley, and Ques.

Multidisciplinary dancer, and with its new achievements, Luxe won the Tuff Enuff Awards and the Body category at the House of Vineyard's Tarantino ball and also Touring around the world with an uprising star singer Sevdaliza.

Been also Judging multiple dance event's in other countries and studying to become a Personal Trainer.