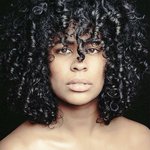 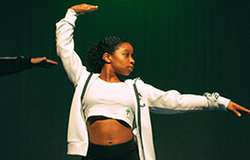 Be prepared to sweat & have fun!

“Each one teach one” is a well know HipHop proverb but it’s more than that, it’s also one of life’s lessons I’ve learned, and live by. -Sheree Lenting

Sheree Lenting is a Rotterdam based dance Artist. She works in theater as a choreographer, teaches different dance classes, works as an educator and also works in community dance projects around the world. Sheree started dancing socially at a young age, which led her to discover HipHop. She immersed herself in the HipHop culture and her love of dance was born. Even though she went on to study International Business & Languages, she continued to dance professionally on the side. After her first year, she decided to challenge herself and auditioned at the University of Arts in Amsterdam, (AHK) where she was accepted and furthered her training as a professional dancer, teacher and choreographer.

After graduating Sheree has traveled to train and work as a dancer in projects in Senegal, South Africa, Los Angeles, New York, London and Italy.

Sheree has been working at HipHopHuis as a teacher since 2012, after being trained there as an Urban dancer from the age of 16. HipHopHuis has been supporting her professional development. In 2016 Sheree was granted with the Urban Arts Talent Award through HipHopHuis, provided by the Cultural Participation Fund (FCP). This grant allowed her to further her international work and training experiences. She travelled to Los Angeles and Senegal for a training and research period in HipHop and African traditional dance.

In 2018 Sheree has written and directed her first short art visual ‘SHE’. The film was recognised and selected in the short film category by DBUFF, Da Bounce Urban Film Festival.

Sheree Lenting will continue developing her work nationally and internationally through choreography and community dance projects while living up to her motto, “Each one Teach One, the Power of Sharing”.